Tokenomics in Play-to-Earn: What, why, present, and future

Earlier this month, Thetan Arena burned 10,000,000 $THC from circulation, but not for the first time, the total of Thetan Coin (THC) burned this year is close to 261 million coins. This means that 261 million coins will never circulate again, which can seem surprising, but it’s only part of the Thetan Arena tokenomics process. But then, what is tokenomics, and why does it matter? 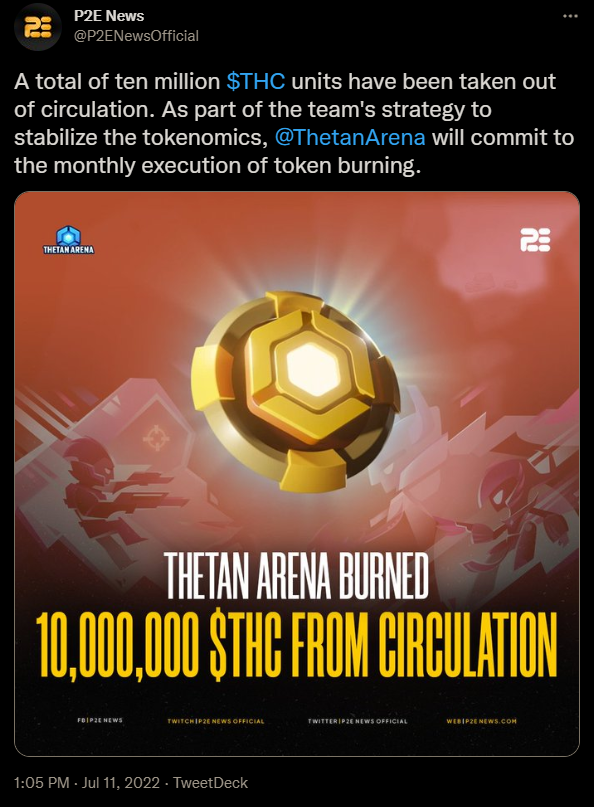 It’s pretty easy to figure that the term ‘tokenomics’ comes from the words “token” and “economics”, but aside from that, some will define it as the rules that define the pricing policy for tokens, or that is the combination of the elements that make a cryptocurrency valuable to investors, and others that it is the science of token economy. But then again, economics is not an exact science, to the point that the late Nobel Prize winner in Economics Paul Samuelson claimed once that “[economics] it’s a combination of an art and elements of science” and now we are adding the “token” element to it.

For the purposes of this article, tokenomics will be defined as the fundamental economics of any specific token, that is: Its total supply, the metrics for its distribution, the rules for incentives and behavior, and the function it serves. We will talk about the tokenomic idea in general, but in particular about how it works and impacts Play-to-Earn (P2E) projects, and possible improvements for the idea in the future.

Token economy as it is

The tokenomics of any specific project are defined by the team behind its development. It is their group of rules and virtually anything goes as long as it benefits the idea of the project. Think of Bitcoin, some of its rules are a total supply of 21 million, the incentive for mining, and pure currency utility as a medium of exchange. One can say then that those characteristics are part of the tokenomics of Bitcoin.

Other projects use other rules, like $BUSD, owned by Binance, that has the main characteristic of being a “stablecoin”, meaning that it will always strive to have the value of $1.00 USD, by either using a reserve or the work of powerful algorithms. $BUSD wants to sell itself as a digital dollar, so that’s the main rule of its tokenomics. 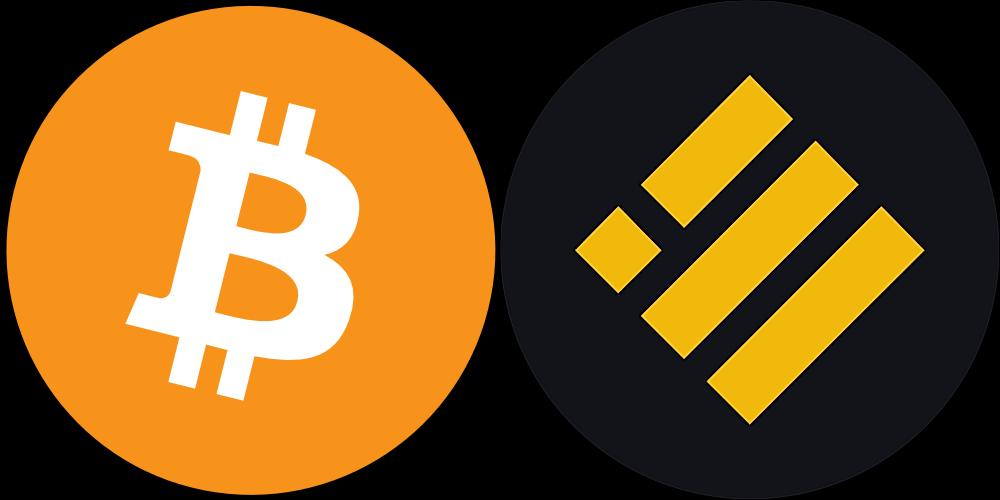 Currently, a Web3 project's success is almost defined by its tokenomics. The reason for that is in part because the tokenomics of a project became interconnected with its business model, road map, and the viability of getting investments. Be it with rounds of private sales for Venture Capitals, or the ICO, Initial Coin Offering - sometimes ITO, or IDO, Initial Token Offering, Initial Dex Offering - it’s on the rules created with the tokenomics that investors can know how much their money represents on the project, and, more than that, how likely that project is to become successful in the future.

They analyze if tokens have value, ability to withstand inflation, what are the benefits of using them, if they have scalability, and if the token is part of a financially sustainable business model. Of course, this is not the only criteria used for investors to decide if they will support a project, but going deep into this matter is beyond the scope of our article.

Ok, we know now that understanding tokenomics is huge, but how does it apply to P2E projects? 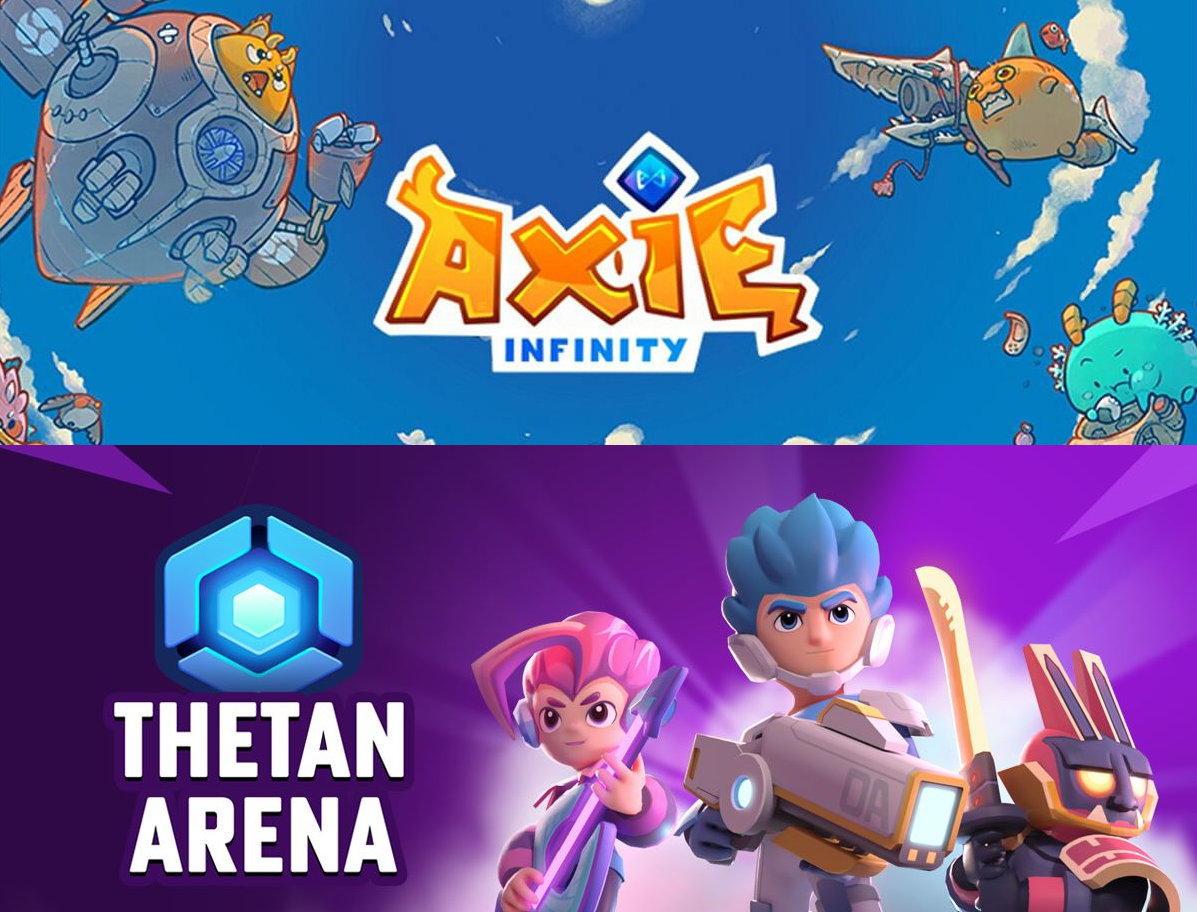 A common document on P2E projects, but not exclusive to Web3, is the White Paper, basically an informational document that intends to promote, highlight, present, and/or inform readers about a solution, product, or service, helping those reading it to make a decision.

A white paper normally contains the project’s tokenomics, but it goes beyond it, introducing the developer team, game mechanics, system, maybe some lore, and whatever more it’s considered important. It’s on the white paper that investors will learn more about the project so they can decide if it’s solid enough for their tastes.

From their concept to these days, Play-to-Earn games always focused on how they can give ownership back to their players, and how it would be possible to make real currency using the game. While this philosophy of thinking about games as investments has lost a lot of traction, the importance of economics on P2E projects continues to be big.

And while there are developers that try to sell their P2E projects as investments, there are users who have little interest in games, but are looking for nice opportunities to increase their investment portfolio. That creates a situation where a game is only as good as its economy, and its economy is in the hands of speculators. A good example of this is seen in SkyMavis' game: Axie Infinity. 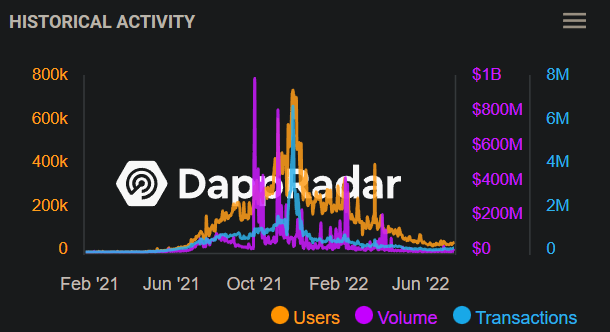 Analyzing Axie Infinity’s historical activity on AXS, its governance token, there are some relevant points. One on October 1st, 2021, when we saw the highest volume in transactions, close to $1B in 24hs. But to understand what happened, one needs to also observe the number of transactions (1 million) and of users (302 thousand). Two days before, on September 29th, 2021, the number of AXS users was 215.43K with 912.5K transactions, but the volume was only $18.9M, clearly indicating a huge sale from speculators that were holding the currency and waiting for a good price on it. On September 30th, 2021, AXS would hit its highest price to date, $110.54, all the way from the $74.51 from the day before, “forcing” the hand of the investors on the next day, October 1st, where it was priced at $107.94. 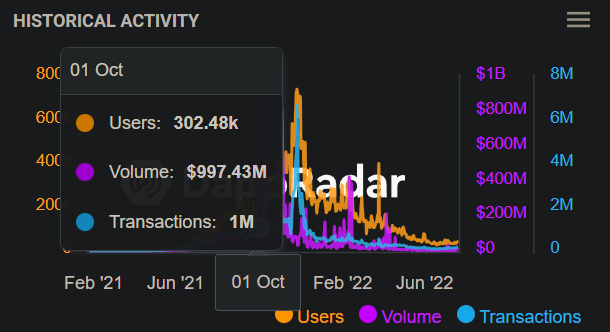 It’s important to realize the impact that it had on Axie Infinity. The transaction volume of almost $1B in 24hs is unusually high, even for the most successful games and entertainment products, causing a spike in new users that we can see on November 26, reaching 744.19K users. And, truth be told, AXS value was still pretty high by then, $127.96, but shortly after it started to drop, more and more, because Axie’s tokenomics were not capable of supporting the heavy speculation that it was subject to. 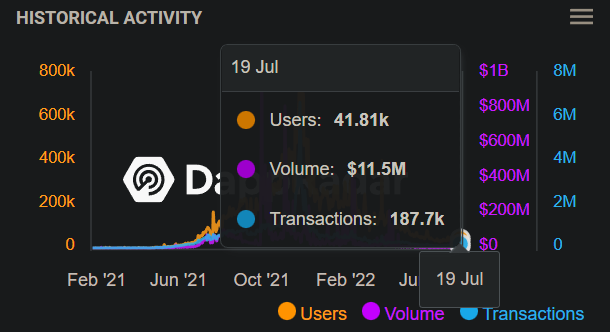 Even considering this episode, Axie Infinity is still one of the most successful P2E projects out there, and they are reinventing themselves with interesting strategies, which you can read a bit more about here and here.

Back to Thetan Arena, which was mentioned at the beginning of this article, what is the strategy behind the token-burning business model that its developers adopted for $THC? According to their white paper, “When a project executes token burning, its main goal is often to increase the value of the remaining tokens by making the assets more scarce. In other words, token burning helps against inflation.” This takes us to the token burn they are doing so far. Despite its low price ($0.0041 at the time of the writing), the currency has had a somewhat stable value for a couple of months so far.

These examples are only a demonstration of how tokenomics can affect a game, even ones with a lot of backing, they are not here to say the developers were wrong on their decisions - nor that they were right. But they also take us to the two points we believe are the most important of this article.

Why do Tokenomics fail?

Is not easy to point out reasons why decisions on economics fail, as designing and maintaining economies is not easy, and entire careers are devoted to it. But we can take a look at tendencies and realize what projects that failed or are struggling have in common and then try to avoid the same mistakes. An entire analysis of several projects and their details would be a nice academic study, but a poor article, so let’s go straight into it:

These four points are not the end-all of why tokenomics fail, but they are a nice place to start. A lot more can be said about it, for instance, under the topic of why a token exists, it’s important to realize if the token will be the means to create a circular economy, that means, will the currency generate an economy where users transact with other users, with in-game stores, will the stores use the token to generate more revenue for themselves? Or will the player use its fiat, real world, currency to get tokens that he will pay the system and that was all? If that’s the only purpose, is a blockchain really necessary? Isn’t a token like this just a “game coin” for microtransactions?

Thinking about tokenomics can lead to planning with better care and creating projects with more success, which takes us to our last topic.

What does the future hold? 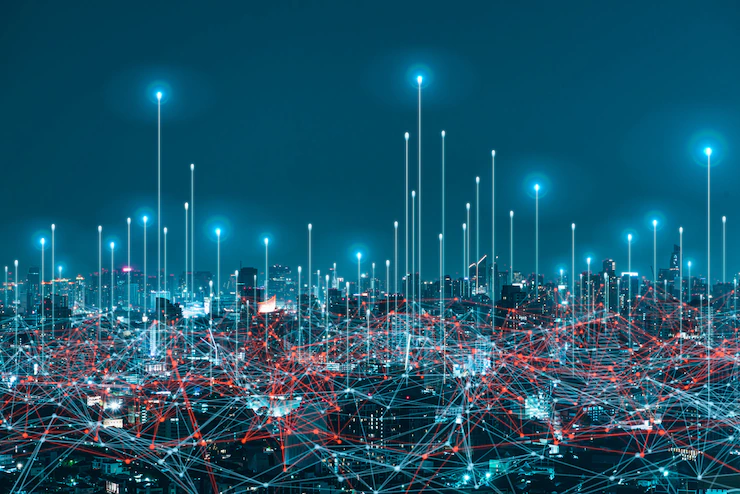 Predicting the future is always something fun, but uncertain. With an expanding technology like Web3, is even more difficult to figure out what will come next, but we can try, or at least we can talk about the solutions that seem like good alternatives to current problems.

Some of the solutions are not even new, but they are being rediscovered as a good fit for current technologies, such as Agent-Based Modelling. ABM is one of the main methodologies for the study of complex systems, basically, any system that has many components that are capable of interacting with each other, ABMs are capable of creating models of complex systems by creating models of their individual components and simulating situations.

This solution is already used in economics, a field that can definitely be defined as a complex system, but it’s still not used on tokenomics that much, likely because tokenomics is a deeply new field of study, even if not a science yet. Using a solution like an ABM, developers can stress test their projects, understanding if their tokens are useful/resilient under all sorts of conditions.

Others are creating “plug and play” solutions for tokenomics, like the IQ Protocol, a tool developed by PARSIQ that fuses subscription models for tokens in any business scenario they are included.

There are those as well that are not thinking in a new solution per se, but a new way of thinking about token distribution, for example, one where tokens would be minted per round, controlling their inflation and use need, all of this controlled by a machine based on previous parameters defined by the developers, the key here is to think on the sustainability of only some tokens circulating at some point, with a percentage of them being burned, other being rewarded to past holders for backing up the project, etc.

In the end, it’s clear that there are lots of efforts into evolving this field, tokenomics are a fundamental part of the future of Web3, and we are really excited about its future.