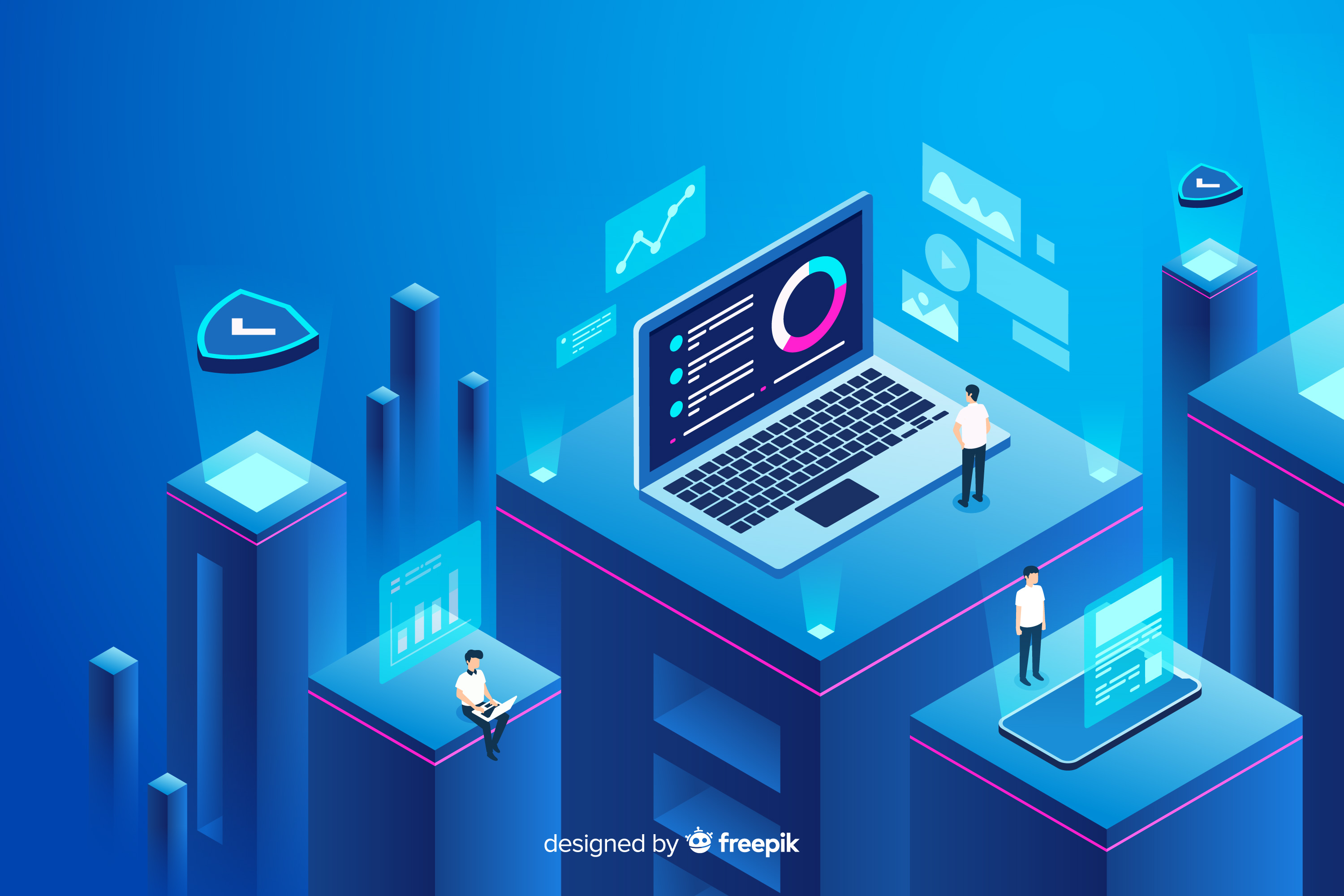 In 2008, a paper authored by Satoshi Nakamoto, an unknown name until that moment, proposed “A Peer-to-Peer Electronic Cash System”. The term DeFi would not appear for years to come. Still, in the first words of what would become known as the Bitcoin Manifest, a seed was planted: “A purely peer-to-peer version of electronic cash would allow online payments to be sent directly from one party to another without going through a financial institution.”

Standing for Decentralized Finance, DeFi is the name given to a plethora of financial products and services that are blockchain-based. This includes, but is not limited to, borrowing and lending money, payment systems, and marketplaces, basically any and all operation that could be done in the traditional financial system that we are already familiar with. The change here is defined by the absence of third parties controlling the operations, no banks, no financial institutions, no government decisions.

This means that all the paperwork necessary to, for instance, take a loan, is eliminated. Quick and easy money solutions can be used with DeFi, since the middleman is gone. One does not need to go through the bureaucracy of creating an account or getting approval, DeFi delivers an accessible system, at the same time fast, flexible, and secure.

Not all blockchain financial systems are decentralized though, take note of Coinbase or Binance, for example, major exchange services that are centralized, where users send funds to the exchange that manages them according to their rules, keeping the funds outside of users’ custody. These types of services are CeFi, or simply centralized systems, and unlike what is commonly claimed, they are not “the past” or “problematic” systems, they are just different. Centralized exchanges that are secure and trustworthy are priceless assets for investors and speculators alike. 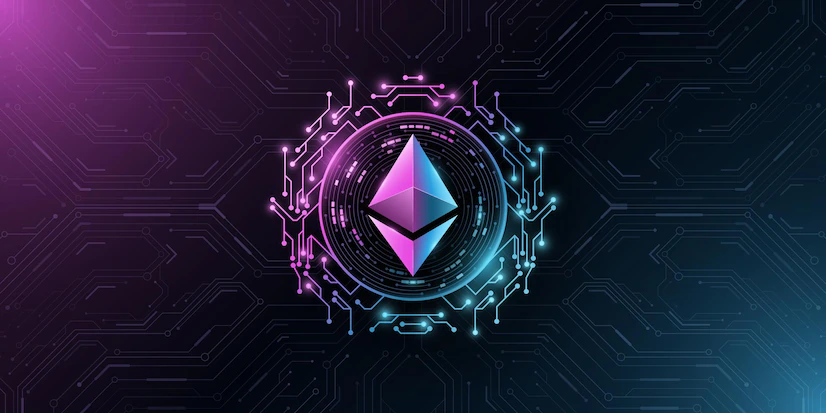 We know now that blockchain finance is not the same as DeFi, but DeFi lives on the blockchain. And while there are several chains out there, the one that hosts the largest number of DeFi applications and projects is Ethereum.

That happens for two main reasons, the first being that Bitcoin language, called Script, is simple and somewhat limited when it comes to creating sophisticated applications, it’s possible just really hard, and Ethereum’s Solidity is a complete programming language, that is combined with ERC-20 standard for creating new tokens made easier for developers to create on this chain. The second reason is simply that Ethereum is the oldest chain out there, aside from Bitcoin.

Ethereum was also heavily used during 2017 for ICOs - Initial Coin Offering. This method of raising money for projects consisted of the exchange of ETH for the tokens of the projects looking for investments. Most projects backed using this method didn’t fly though, and the model was mostly abandoned.

But not all DeFi projects are on the Ethereum blockchain. Sovryn for instance is a DeFi smart contract-based system for Bitcoin lending, borrowing, and margin trading. Clover is another system for borrowing, insurance, and swapping, but on the Polkadot chain. There is also xWin a fund management platform that is built on the Binance Smart Chain. And a personal favorite, DeFi Kingdoms, a P2E that is much more a gamified finance platform than a game, on the Avalanche Blockchain, only to cite a few.

So far we talked about what is DeFi, what can be done with it, and where it is done. But how exactly do DeFi protocols work? That’s what we will explain now, leaving - most - of the technicalities aside.

Since there’s not a regulator figure on DeFi, one may ask “but how do you guarantee that your funds are safe?” or even “but aren’t those protocols, such as Uniswap or Maker, centralizing operations under their rules? How is that DeFi?” These are all valid questions.

At the beginning of DeFi operations, users would interact directly with other users, creating a higher number of interactions with the blockchain and with each other. At some point around 2017, the paradigm changed to the “user-to-contract” model, much more suitable for decentralized applications. Because of that, to understand how DeFi works nowadays one needs to understand the concept of smart contracts.

Smart contracts are self-executing lines of code running a particular function/program, in other words, smart contracts are just computerized tools that execute a contract. If you think this is a bit underwhelming, that’s because there’s really not much to them in terms of understanding, the real deal here is how they started to be used.

Once a smart contract is created it can’t be modified, the rules there are permanent, making sure that neither part is able to swindle the other around. They use simple “if-then” statements between the parts involved, “if Mark receives 5 ETH then John will receive 5000 AXS” or “if the temperature in Ohio is over 90ºF over 5 days then the farmers will be paid insurance”, the possibilities are only limited by human imagination.

Because smart contracts are not bound to institutions they will work automatically once/if their conditions are met, because they also don’t depend on the actions/work of people they have a lower cost. Since each smart contract is bound to the blockchain, then they are definitive and won’t ever be lost. 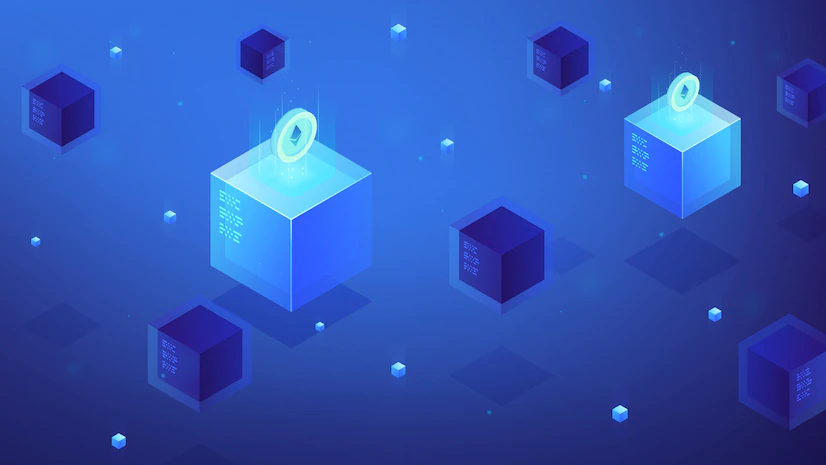 At this point we already answered some of the big questions about DeFi, when, what, where, and how. So all we need to do now is talk about the why. Why is decentralized finance a good idea? Why use it? Is it the endgame for the finance world? Well, some of these questions are easier than others.

De-Fi does not require permission from institutions, one does not need to have “good credit” in order to get a loan, for instance, they just need to be able to abide by the rules set on the smart contract. DeFi solutions are cheaper for those that need them and, at the same time, they can give better dividends to those investing for the exact same reason: the cut of the middleman. Even when using DeFi services such as Uniswap the fees are way lower than traditional finance systems.

Maybe the most important reason to use DeFi is that its technology has an amazingly quick rate of innovation. That means more and more services are being created all the time, if there’s a solution on Centralized Finance that does not exist on DeFi, it’s only a matter of time before it’s developed. Likely, if a user has an issue, it’s possible to find a result.

Another, often overlooked, factor about DeFi is that it contributes, thanks to all characteristics inherent to it, to financial inclusivity. Cryptocurrency has changed in a big part how people do business, and the opportunities created with it, on P2E games and DeFi, could be the chance needed for those in an unfavorable position on the classic financial system.

Decentralized Finance is not the endgame for the finance world though. It’s a solution, an interesting, innovative solution, with its full potential yet to be reached, but not more than that. Centralized systems are still used and should be used because not only do they have their own strengths but also because people have their own preferences and no one has to be forced to use only one system. Maybe that’s the real big thing on Web3 Finance Solutions, the freedom to choose what, where, when, and how you will use your funds.