Edenbrawl: The first spark of a gaming paradise

The first look into Sparkadia 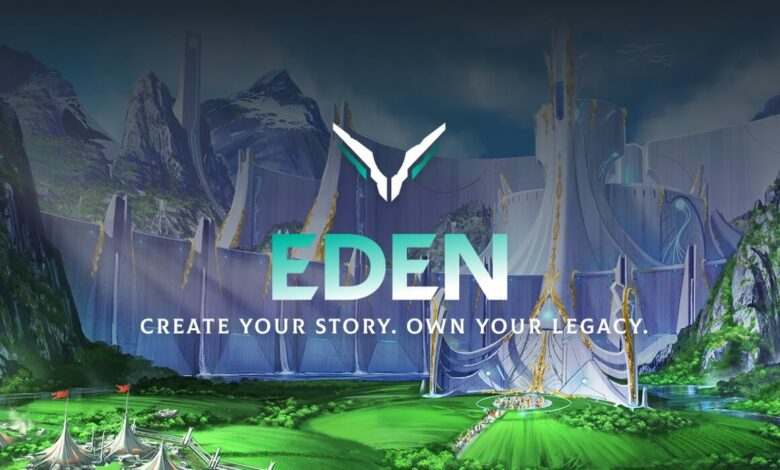 Edenbrawl is the first game by Worldspark Studios, scheduled to be released on May 23, 2023. The game is currently in the alfa stage of development, and a lot can already be said about it.

With a unique take on the MOBA (Multiplayer On-line Battle Area) genre by mixing it with the motion fight of a brawler game, the game creates the idea of a “Mobrawler”, intense WASD skill-based combat, with unique champions that allow players to explore several playstyles, upgrades, skills, and items, make so that on Edenbrawl no match is the same.

As is the case with MOBAs, each battle is important and can make or break your matches. The game is set in a high-speed philosophy of movement and there is a multitude of skill-based abilities, offering players the learning curve towards mastery but never reaching boredom.

The game has Battlerite-esque combat, with heavy teamwork elements, and on the Edenball game mode, players unite to capture and carry the ball all the way to the enemy’s team endzone. If the players will do so by eliminating all threats on their path or by cleverly positioning and escapes it's something only the team can decide.

The matches happen with two teams of 5 going against each other. As a team advances into their opponents’ field, they can purchase pickups throughout the map, such as grappling weapons and leap boots that provide more mobility to characters. After each round teams can vote on different Blessings, an interesting mechanic that modify the next round, such as changing the map or providing defensive barriers on the endzone, making the match harder for those attacking, among others.

It’s a legitimate question to wonder who’s the team behind a game that promises so much and is already delivering lots of fun times in its development stages. Thankfully in this case, the members of Worldspark Studios are more than capable of delivering such promises.

After 200+ individual freelancers that greatly contributed to where the game is today, a team of twenty-something veterans united their more than two centuries of experience combined on top industry names such as Riot, Capcom, Marvel, Jagex, Unreal, EA, Pixar, and more! They are the current team working to bring Edenbrawl and the entirety of Sparkadia into reality.

This is a team that saw the gaming industry develop, developed with it, and believes that “the gaming world has taken a dark turn” over the last years, because of that Worldspark donates 1% of its profits to non-profit partners that empower STEM programs, discourage toxicity, and try to give back to games that special thing that brought them all together at some point.

Worldspark has AAA veterans, but with the heart and passion of indie developers. The studio is focused on expanding and creating new, innovative mechanics for the known genres, in a way that new players can join them but veterans can also have fun and stay active.

Sparkadia is Worldspark’s own ecosystem of games. It’s the players’ universe, where whimsical characters that you know from the games can be found, where players can create and customize their avatars as a citizen of Sparkadia, going from game to game, immersing in tales and adventures.

Sparkadia is the place where you go to virtually hang out with your friends, and from there jump into the games you feel like playing at that time. The focus of Sparkadia is to work as a social hub, but in a way that games are integrated into the experience. In a way, Sparkadia is both the place you go to play and a game on its own.

With the tech expertise of the veteran team of Worldspark, they are now creating a truly immersive and gamelike experience on Web3. It’s a beautiful new universe of stories, characters, adventures, and places to know, focused not only on games but also on the change games can make in society, putting their community at the center of it.