Despite moments of uncertainty like the Ukrainian X Russian war and the negative performance with a lot of hate coming towards the cryptocurrency market and some security incidents, including the 500 hundred million dollars hack to the Ronin Bridge, blockchain-related games have seen a perspective growth of over 2000% if compared to last year.

Blockchain games continue to be developed, and as expected, the metaverse is one of the most exciting opportunities in such an industry. Investments are largely made into such projects, surpassing $2.5 billion this past quarter, so the market, despite the uncertainties, will keep moving forward, with an estimate of $8 trillion market capitalization by the end of 2022 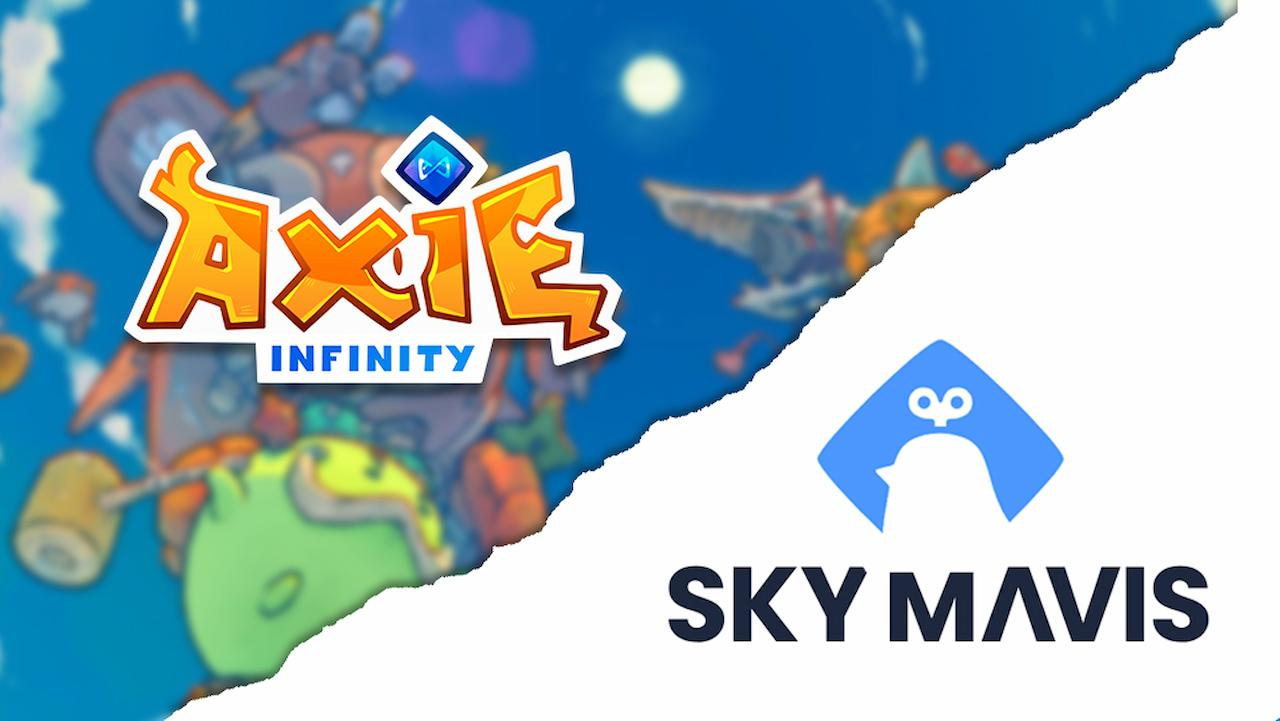 On March 29, Sky Mavis team announced that 175,000 ETH and 25.5 million USDC were stolen from Ronin Bridge after a suffered exploit.

While the hack forced Ronin’s dapps to halt operations, the decline of Axie was already happening. The game’s on-chain activity peaked from 55,000 UAW on average to 22,000 in March. Such decline started to happen after some adjustments were made to SLP rewards in order to make such currency sustainable in the long run. Despite that, Axie is among the top 10 most played games based on a daily usage, attracting over 1.5 million Daily Active Users.

52% of blockchain activity comes from gaming

Even with this uncertain scenario, a total of 1.22 million Unique Active Wallets (UAW) were connected to blockchain games this past quarter. Matic continues to build momentum trying to reach the top ecosystem such as Wax, Harmony, and BSC Chains. Play to Earn games like Pegaxy, Arc8, and Crazy Defense Heroes, increased Polygon’s gaming activity by 219% since the end of December.

Following another path, Ronin and BSC chain’s activities decreased. Apart from games like Mobox and Bomb Crypto, the movement within Binance chain is volatile even considering scams like the CriptoCity metaverse (Crypto Cars, Planes, and Guards). Despite that, BSC is in the top 3 networks, with over 160,000 daily UAW connected to its games during Q1.

The blockchain metaverse around us

Interest in the metaverse dropped after the hype cycle driven by Meta’s rebranding in late 2021. With that, we saw the trade volume dropping across virtual worlds by 12% since last year. The average prices of Decentraland and The Sandbox lands have plummeted 40%, and the trading volume also decreased by 20% and 60% respectively. Despite such drops, the scenario seems promising.

The Sandbox completed its Alpha season attracting over 325,000 visitors. Season 2 distributed over $30 million in SAND tokens, and also, brands like Ubisoft, HSBC, and Warner Bros have closed partnerships with them.

The potential of the blockchain-based metaverse is imminent. Big companies such as Microsoft, Google, Disney among others are trying to expand to the metaverse, but it is utterly important to understand that the ownership related to NFTs and the financial ecosystem enabled by crypto and play to earn games will shift the paradigm from the traditional metaverse that is limited to virtual, augmented reality.

Blockchain games and metaverse raised over 2.5B in the last quarter

During the first quarter of 2022, investors and VCs have raked a minimum of 2.5B into blockchain games and the technology involved. If this pace continues, play-to-earn and metaverse-related projects will add 10$ billion this year to keep building the future of the industry.

Investments occurred in many projects, as one of the featured investments was made to Polygon - a total of $450 million - by Sequoia Capital.

Many of the top play-to-earn games have found a way to engage their players. Splinterlands is established as the number one play-to-earn game and in March, Hive’s trading card game attracted over 366,000 daily UAW. This was due to updates to the cards supply and earning ratios within the game.

Polygon’s Crazy Defense Heroes (CDH) and Pegaxy have been among the best performing games. CDH attracted over 134,000 UAW in March, and Pegaxy’s on-chain activity increased 420% since December 2021. 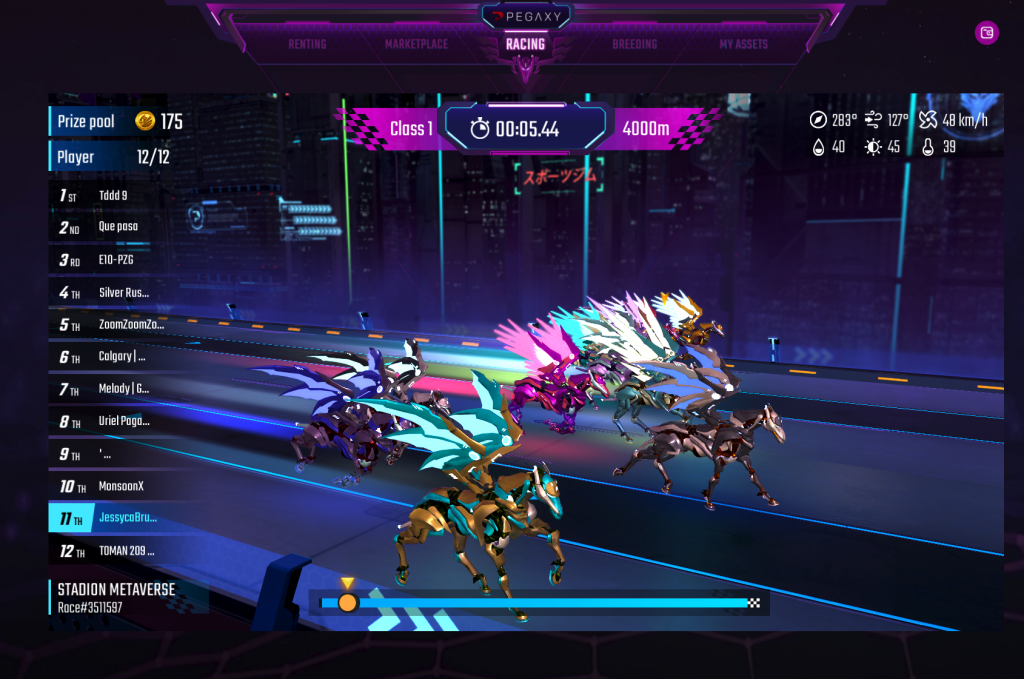 BSC’s Mobox and Harmony’s DeFi Kingdoms kept their metrics positive. Mobox had an increase of 10% in its activities due to a solid roadmap. DeFi kept its activity stagnant despite a negative downtrend in the DeFi space and a 12% drop in the JEWEL price - the game token. 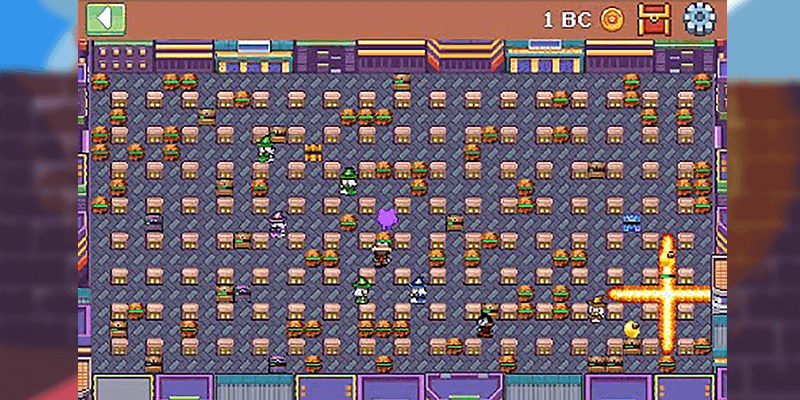 Games like Wax’s Alien Worlds and BSC’s Bomb Crypto struggled to keep their activity if compared to last year - Alien Worlds saw their average UAW dropping by almost half (from 300,000 to 188,000).

Despite seeming that the demand of play-to-earn games/blockchain games is stalled, such games are still driving most of the chain's activities.

Big brands such as Ubisoft, Warner Bros, and Adidas are starting to mark their space within the metaverse. Also, VCs and investors as throwing capital at game projects at a record rate.

However, security issues like the Ronin Bridge Exploit and the challenges to achieve full interoperability remind the ones involved that mainstream adoption is still a few steps away.

Blockchain games will need to play a vital role to achieve the mass adoption point to take the Web3 to the next level.

Disclaimer: This article is based upon Dapp Radar’s Blockchain Games report.